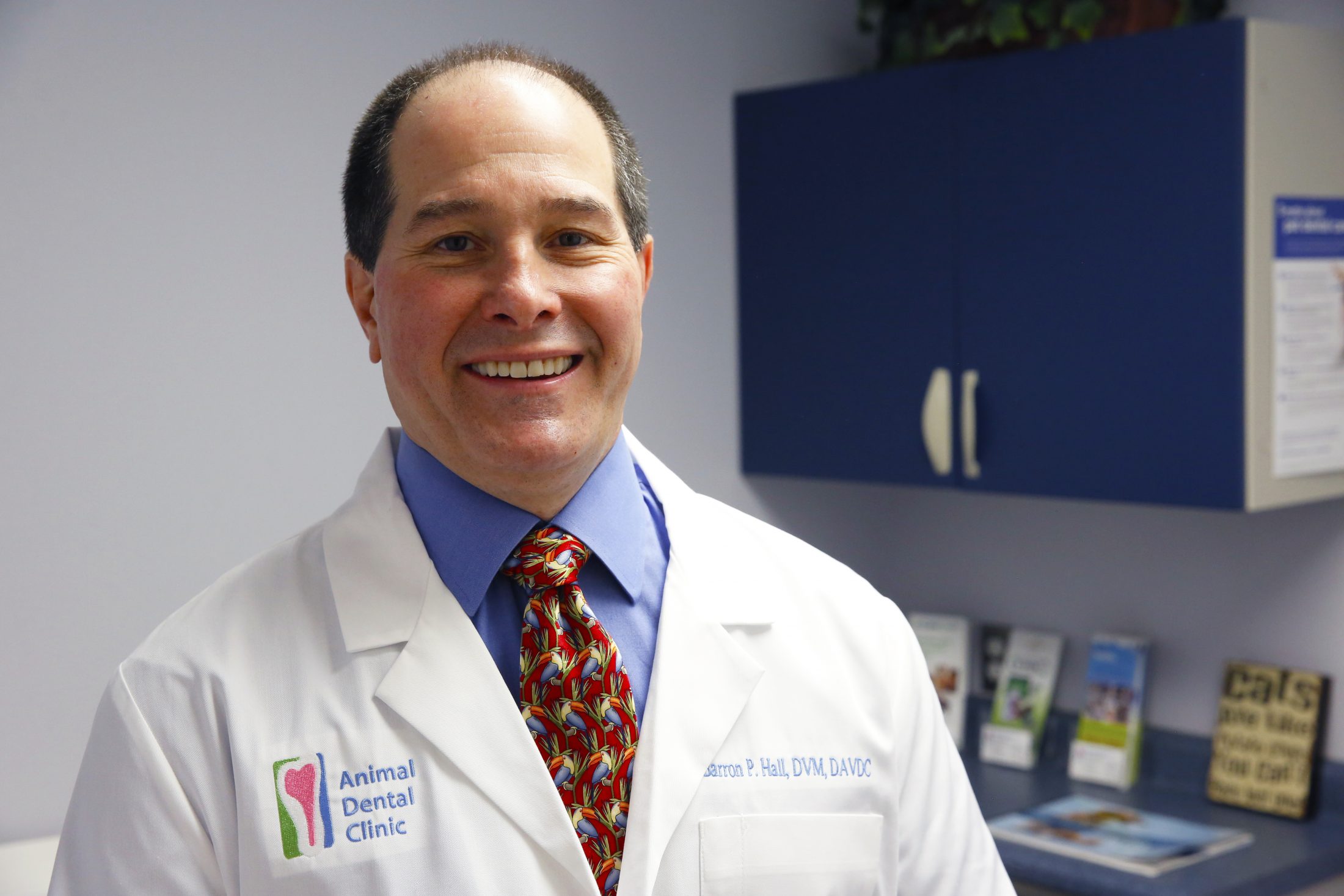 Dr. Barron P. Hall is a graduate of The Ohio State University College of Veterinary Medicine. After eight years of practicing general veterinary medicine with a special interest in dentistry and oral surgery, he began a residency in dentistry and oral surgery in Dallas, Texas under the guidance of Robert Wiggs, DVM, FAVD, Dipl., AVDC. Following his residency, he opened a veterinary dental practice in Northern Kentucky where he practiced for a few years before accepting the opportunity to become the owner of Animal Dental Clinic, and veterinary dental consultant to the National Zoo, in 2007.

Dr. Hall is a Diplomate of the American Veterinary Dental College, of which there are just over 140 in the world, and a Fellow of the Academy of Veterinary Dentistry. He continues his training by attending numerous professional meetings and hands-on laboratories. He has also given or assisted in more than 200 lectures and laboratory workshops for veterinarians, technicians, and pet owners, both nationally and internationally, on various topics in veterinary dentistry. He currently mentors two veterinary residents who travel from Nebraska and Vermont to train with him.

He volunteers his skills when needed at the National Zoo in Washington, D.C., and for the Peter Emily International Veterinary Dental Foundation (PEIVDF). He is also a consultant for the Veterinary Information Network (VIN). He was especially honored to be selected for the PEIVDF Service Award in 2013 because this award was selected by his peers in exotic dentistry.

Dr. Hall, an Eagle Scout, enjoys musical theater and most sports. He is a member of the Northern Virginia Football Officials Association where he officiates high school and youth football games during the football season. He and his wife are “raising” Sophie (Cocker Spaniel), Bobbie Jo (Australian Shepherd), and Midnight (Mixed breed pup), and his Persian cats: CC, Cooper, Mister, Waylon, and Willie.

Check out some pictures of different cases and zoo animals Dr. Hall has worked on:

At the National Zoo, a dentist had a tiger by the tooth

Font Resize
Contrast
Accessibility by WAH
Call Us Text Us